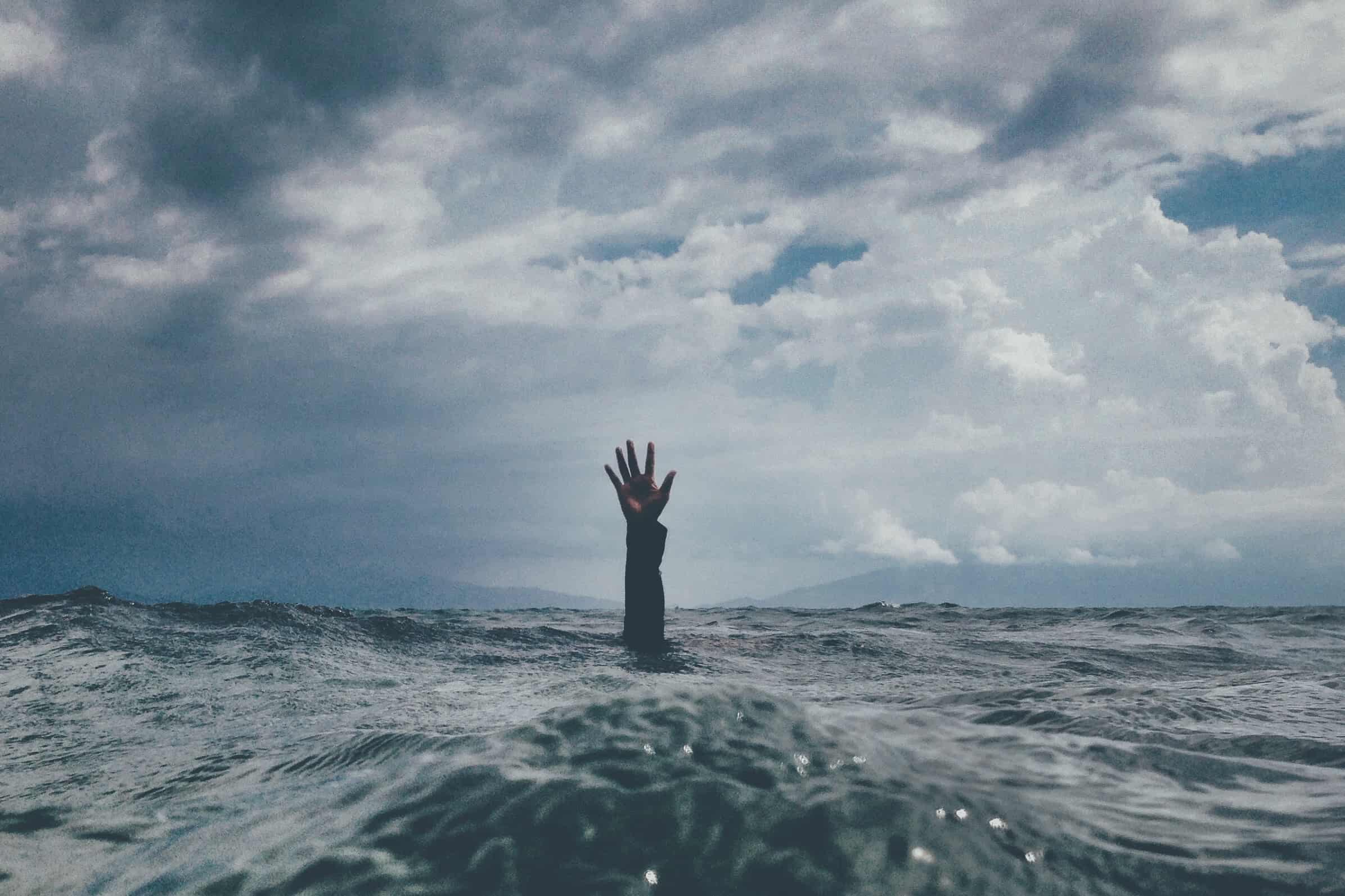 CBT for Obsessive Compulsive Disorder in London: The IPC Approach

If you check if the door is locked, or if the iron is off, or anything, again and again, you are likely suffering from an obsessive-compulsive disorder. Cognitive Behavioural therapy is known to be one of the best therapies for treating OCD. Cognitive behavioural therapy is focused on the fact that our emotions, thoughts, and actions are all interconnected. The best thing about CBT is that it induces insight and awareness and make you able to deal with situations on your own in a better way.

Are you struggling with OCD in London?

OCD is the reoccurrence of intrusive thoughts combined with compulsive behaviours to reduce the anxiety experienced by such thoughts. For example, excessive hand washing due to fears of contamination. In order to meet formal diagnostic criteria for an OCD diagnosis, this preoccupation or compulsion must be present for a minimum of 2 weeks for most days. The distress must cause significant impairment in social, academic, occupational/education or other areas of functioning. Engagement in compulsions must be time consuming.

Some people may be more vulnerable than others to developing these difficulties.

How can CBT for Obsessive Compulsive Disorder Help?

CBT is the best therapy for OCD. Exposure therapy is undergone where the client is forced to fight the obsessive thoughts and not to act upon them. It requires some time but it is a process of learning. CBT teaches the client to face the fears because it forces them to face the same situation every time but with better handling.

When is the right time to seek Cognitive Behavioural Therapy for obsessive compulsive disorder?

If the person suffering from OCD is showing these symptoms frequently, it is time to go to professional help:

How long does CBT for Obsessive Compulsive Disorder usually last for?

Different techniques are used in this plan. Concerning the intensity of the situation, the treatment might be prolonged with fewer more sessions than just 5-10.

How does a person develop OCD?

Factors that may increase the likelihood that OCD will develop may include: early exposure to stressful situations, perfectionistic traits, low self-esteem, a tendency towards over-responsibility or the experience of abuse/trauma. The experience of parents with high moral standards may also predispose some individuals to developing OCD.

Core beliefs may include the belief that thoughts are powerful and represent reality. This leads the individual to belief that they will be responsible if something happens (e.g. if they have a thought that someone gets hit by a bus, it will be their fault if this ever happens. “My thoughts are powerful. I must not think bad things”. Assumptions/Rules: If I can control my thoughts then I will be safe. If something bad happens because of my thoughts then it is my responsibility.

Factors associated with the definitive onset of OCD may include: stress or head injuries.

Factors that maintain the problem once it has become established may include: the engagement in compulsive behaviours, which reinforces the belief that this is what is neutralizing their thoughts and keeping everyone safe. Other perpetuating factors include having family members with OCD or loved ones who struggle to challenge intrusive thoughts and compulsive behaviours as this inadvertently reinforces them.

Factors that are strengths of the person and reduce the severity of problems, promoting healthy and adaptive functioning may include: high self-esteem, interests in engaging in activities, support from family and friends, adaptive coping strategies and insight into the likelihood that their intrusive thoughts are not representative of reality.

Rita came into contact with dirt while cleaning her house. She start to think: 'What if I fall ill or get an infection? What if I make someone else ill?'. As a result, she gets worried about getting sick or making others sick. She starts to display compulsive behaviours, which act to neutralise intrusive thoughts, such as washing her hands several times and other routines such as checking that environments are completely clean in the future.

Factors associated with the definitive onset of OCD: Dirt was the precipitating factor that led Rita to experience feelings of anxiety.

Factors that maintain the problem once it has become established: To reduce this anxiety Rita began to wash her hands repeatedly until she felt calmer. This compulsive/safety behaviour is a perpetuating factor, as Rita will continue to do this in the future, as she has learned that this is an effective way of reducing her anxiety. However, this is blocking her from learning that no-one will become sick as a result of dirt in the environment, or that if they did become ill that this would be minimal.

Sally’s friend informs her she is going on a trip to Paris for work for a week. Sally immediately experiences intrusive images and thoughts of the plane crashing. Sally feels anxious and guilty about these images but the more she tries to block them the more frequent the images become. Sally begins to engaging in various rituals to reduce this anxiety, which she believes will keep her friend safe. Sally’s friend has a safe trip to Paris. Sally is relieved and associates this positive outcome with the compulsive behaviours/rituals she engaged in.

Factors associated with the definitive onset of OCD: Sally’s best friend has to go on a work trip to Paris for the weekend. Sally experiences an intrusive thought that the plane would crash on the way to Paris. Sally becomes anxious at this thought and cannot stop thinking about it.

Factors that maintain the problem once it has become established: Sally’s intrusive thought did not become a reality. Sally attributes this to her engagement in counting rituals. If Sally had not engaged in this ritual she would have observed that her intrusive thought was not a prediction for the future/magical thinking. This would also lessen her need to engage in counting or other rituals, as she would lessen her belief that she needs to do these to neutralize her intrusive images.

Factors that are strengths of the person and reduce the severity of problems, promoting healthy and adaptive functioning : Support from loved ones to challenge these rituals would help. If Sally were to engage in CBT this would help her to reduce her anxiety in more helpful ways.

For more information about Cognitive Behavioural Therapy (CBT) for OCD, book a Consultation with one of our Therapists. We offer Obsessive Compulsive Disorder Counselling in London at our clinics in Central London.

About The International Psychology Clinic

We are a team of highly trained, experienced, caring and compassionate doctors of clinical psychology and counselling psychologists, private therapists and psychiatrists in Central London. Our London therapy clinics are located in Camden NW5, Fulham SW6, Kensington SW7, Marylebone NW1, Richmond TW9, Shoreditch E1, Islington N1 and London Bridge SE1. We also provide an international therapy service for expats in Europe through our partner service Expat Therapy 4U which lists quality English-speaking therapists who practice from their own rooms in France, Italy, Spain, or online therapy via Skype from just 50€ per session.

Click on the button below and select the location you would like to access your appointment at. This will take you to the therapists available. Click the type of service and then the date and time you are interested in. You will be prompted to create an account with us, provide some details about yourself and pay to confirm your appointment.

This website uses cookies to improve your experience while you navigate through the website. Out of these cookies, the cookies that are categorized as necessary are stored on your browser as they are essential for the working of basic functionalities of the website. We also use third-party cookies that help us analyze and understand how you use this website. These cookies will be stored in your browser only with your consent. You also have the option to opt-out of these cookies. But opting out of some of these cookies may have an effect on your browsing experience.
Necessary Always Enabled
Necessary cookies are absolutely essential for the website to function properly. This category only includes cookies that ensures basic functionalities and security features of the website. These cookies do not store any personal information.
Non-necessary
Any cookies that may not be particularly necessary for the website to function and is used specifically to collect user personal data via analytics, ads, other embedded contents are termed as non-necessary cookies. It is mandatory to procure user consent prior to running these cookies on your website.
SAVE & ACCEPT
Scroll to Top
%d bloggers like this: